Until recently, I never considered myself an activist. I was always a rebel. But I was pretty complacent when it came to social justice issues, despite my job as a fair housing advocate. Three years into my 40’s and I’m ready, willing and able to put myself out there for causes I believe in, particularly after the election of a U.S. President who has been recorded saying he could grab women by the p**** because he was a rich man. So one day after his inauguration, I joined my sisterhood to march in downtown Cleveland for Women’s RightsCleveland for Women’s Rights, which this President and his cohorts seem determined to abolish.  It was only my second march and third protest action, but it certainly will not be my last.  Why did I do it? And why now?

Admittedly, I am a last-minute person. I take ‘live in the present’ a bit too literally. While I’d heard talk about the Women’s March on D.C., I thought it was totally unrealistic for me to participate. Then I heard there would be one in Cleveland. The week leading up to the marches, I began to see friends prepping for the events. One friend asked me if I was going, as she was on the fence about it. I was stuck in between a perpetual state of disbelief that our country was really going to continue disrespecting women the way it has, and a paralyzed state of not really knowing what I could do to make a difference.  We gave each other until Thursday to decide. The more I thought about things, I reflected on the Civil Rights Movement and how disheartened I was to learn that my parents had not participated in that historic event. I didn’t want my kids to look back and say, “Mom, what did you do when Trump got elected?” And my reply be, oh, I took you guys to basketball and did your laundry.  Everything I do at this point in my life is to make myself a better person, and someone my children can be proud to call their mom. Once I looked at it in that context, the answer was clear. I would march. 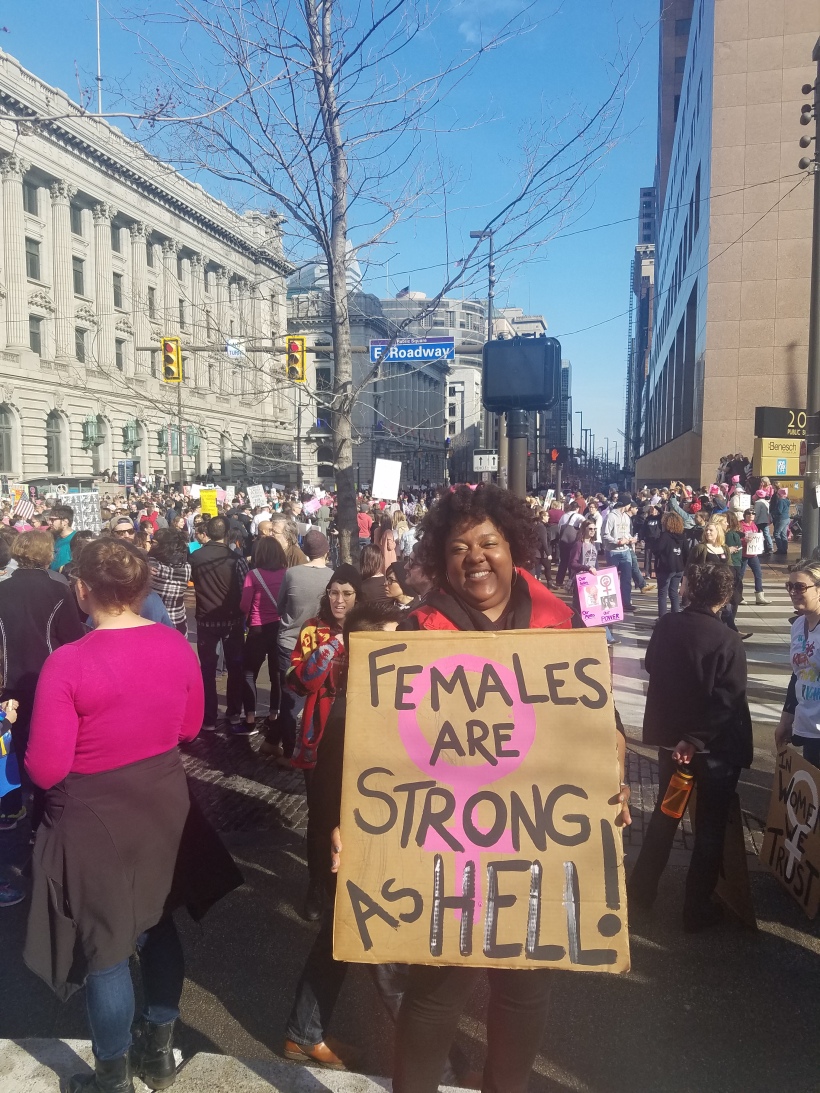 My friend Danielle offered to drive and my friend Becky made us signs, and we joined an estimated 15,000 other women, men and children who marched for equal pay, reproductive rights, violence against women protections, religious freedom, gender equity and a myriad of other causes. When an election of this magnitude leaves you feeling powerless, you can find power in joining a movement. Regardless of whether you were black, white, Asian, Latina, Native American, Western European, lesbian, trans, bisexual, rich, poor, middle class, heavy, thin, short, tall, Muslim, Christian, Jewish, a woman with a disability, a mom, married, single, childless, and everything in between, under the bright sunshine of hope and solidarity, we all marched together and had each other’s backs.  Now the challenge is to keep going, keep marching. If that means calling your representatives weekly to make your voice heard-keep marching. If that means mentoring another women to lift up those coming behind you as you climb the ladder-keep marching. If that means driving someone in need to Planned Parenthood or Preterm to get necessary medical care-keep marching. In Girl Scouts we say be a sister to every girl scout. In life I say to the best of your ability, be a sister to every woman. None of us got anywhere without help. Be a help to women in your community. When women are stronger, the world is stronger! Everyone knows women are the backbone of society, yet in 2017 some still insist on trying to break that backbone and then wonder why they can’t walk. We must strengthen our core with daily exercises of finding a way to support another women every day. While I will still drive my kids to basketball and do their laundry (while drinking wine!) I will no longer sit on the sidelines waiting for someone else to pick up the baton. None of us can afford to be complacent any longer. We have some real work to do, and if you have been like me, and watched and waited for someone else, I urge you to look at the beauty of this day and these marches, and be inspired by the sea of pink out there ready for you join the fight. Let’s go! 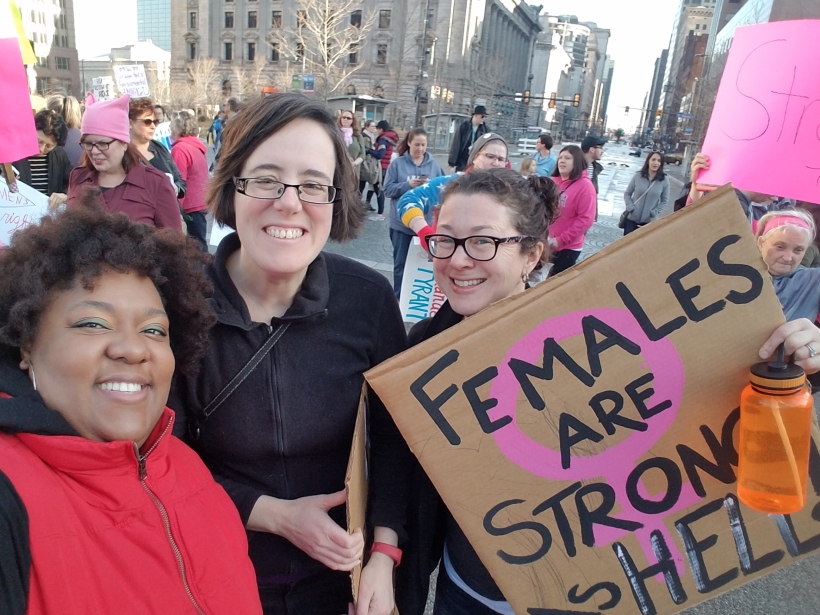 I reflect on being a working mother, wife, daughter, friend, advocate, and sometimes lost self, striving to become the best me and creating an extraordinary life for those I love, while making the world a better place. You can find my other writings on WISHCleveland.com.