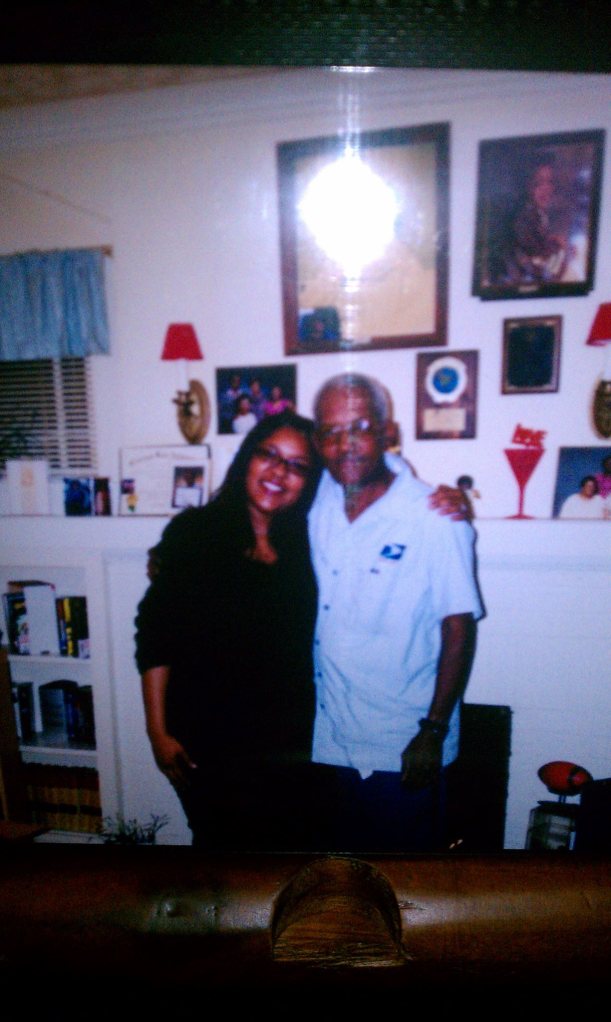 Father’s Day is the one day we pay homage to the men who raised us. For me, it is about acknowledging the father that is no longer here in the physical form, but is with me everyday and everywhere I go. My dad who was as lenient as they come, who would do anything for his girls that he could. And sometimes, he couldn’t. My dad was an alcoholic for most of my life. But that didn’t stop him from going to work faithfully everyday for 40+ years for the United States Post Office. It didn’t stop him from coming to my school concerts in which I always had a solo, even if it meant him being tipsy. It didn’t stop him from trying to make things right when he knew he messed up. And I love my dad, but he wasn’t the only male figure in my life growing up. Thanks to him, there were a host of characters, friends, family, that would all commiserate at our house after work. The post office crew, who would sit around the dining room table to complain about work and that micromanager supervisor they all detested. There was Mr. Grier, Jay Adair, Clayton, Cecil, Newt, and a few others. I would come home from school and put on the radio, WZAK for the latest R&B hits, but Clayton would always come change the station to jazz. (We would go back and forth, fighting over the radio like two kids! He’d tell my dad that he needed to discipline me and my dad would just brush it off.) Then there was the family that would come over on the weekends for a “taste” and stay way past the time they should, but they seemed to have too much fun to leave. My Uncle Jesse, Uncle Ali, Uncle Donald, Cousin Leon, Artis,  Gene the Gasman (cause he worked for the gas company), Tony Clark, Uncle Wilbur, Uncle Bill. Those were all the men on my dad’s side. Sometimes my mother’s brother, Uncle Eddie would also hang. It wasn’t always the same group but every weekend, some of these men were there. Now as I’m grown I wonder how did my mom deal with people being at the house all the time? She didn’t say much about it, though sometimes as she moved through the house, I could feel a chill in the air. But I imagine some part of her had to think it better for my dad to be home and have company than to be out who knows where. She’s always been more quiet and reserved, whereas my dad, if you can’t already tell, was the center of the party. He was funny and lighthearted and honest and grounded. People felt comfortable around him because he made them feel that way. I think he made them feel needed and let them feel he needed them. I would listen to them tell stories about the old days (since most of my dad’s friends knew him since childhood.) They loved to rehash the off the wall tales of my dad crashing his car with him and the car being suspended in a tree on Martin Luther King Jr. Boulevard and how the firemen got him down. Or the multiple times he fell into Lake Erie while fishing and his friends swearing he walked on the water to get back to the boat (he never learned how to swim, but somehow always managed to get out of that water!) They would crack themselves up as the drinks would flow as easy as the stories. And I listened.

One time my mother had gone out with her friends, a super rare occurrence. So my dad and my Uncle Donald were home watching my sister and I. Well, I got into my mom’s whole jar of noxema and was covered in it. When my dad discovered me, he scolded me in his gentle way. My Uncle Donald thought daddy was going to easy on me. He convinced my dad that he needed to spank me with a brush or run the danger of me being a spoiled little brat and my dad being a softy. Not wanting to look bad in front of his twin brother, he told my sister to grab the brush and sure enough, he spanked me in front of his brother. I’m sure I cried because my dad had never hit me before and I could not believe my uncle could influence him that way. Looking back, I’m positive my dad hated to do it just as much as I hated to have it done, because he never hit me again.

When I was about 17 my driver’s license got suspended because I had too many speeding tickets and I had to go to court. Instead of telling my parents, I called my Uncle Ali and asked him if he could take me, which he did. I’ll never know if he told my parents because they never said a word to me about it. I had the type of uncles who made me feel that they could keep my secrets. I was incredibly lucky to have some many strong, black male figures in my life. All I knew were strong black men who worked hard to support their families.

There were always men around the house. All of them someone else’s dad and all imperfect. But for one reason or another, they loved my dad and he loved them, therefore, I loved them. Mostly all of them are gone now, but each one has a special place in my heart. And when I reflect on Father’s Day, I think of each one of them.